As I told you before, both my kids love Minecraft. I decided to take on a project for them. My older one loves Star Wars too, so he wanted a "clone trooper modified Steve."  I found this cool website that lets you design your own Minecraft character. You can see all the dimensions.

My little one wanted to be a creeper. I thought the creeper was going to be easier to make since there was really no pattern that needed to be followed. I WAS WRONG! The creeper needed 100 squares per side! It was tough cutting the squares. I should probably invest in a Cricut but this craft is of the thrifty type.

Here are the materials I used: 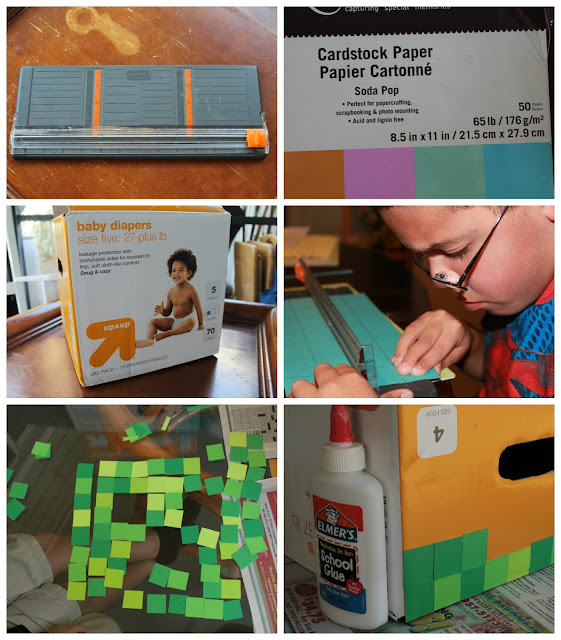 I have a collection of Target diaper boxes, they are great for storage.
It's simple enough. Paper trimmer (or Cricut if you're fancy)
box (doesn't have to be perfectly square) ,
good old fashion Elmers glue,
Box cutter (not pictured)
Pair of black pantyhose (not pictured) hot glue gun to attach the pantyhose
Cardstock (for the creeper I found a pack of  different shades of green for $3.00 at Michaels')
For the Storm Trooper, I got 12x12 open cardstock at Michael's as well.  Best part, it was on sale @ 6 for $1.00. I bought 2 sheets of black, 4 different shades of grey (2 sheets of each as well) 4 sheets of white and like 2 sheets of blue.

After 3 sleepless nights we were ready for Megacon 2013! 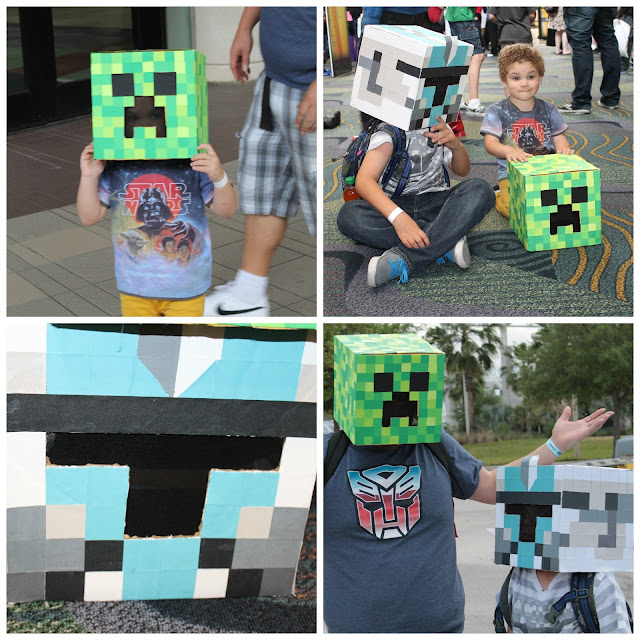 I love it when costumes can be reused! Halloween is coming early this year. Our family shall attend Halloween Extreme!
Halloween Extreme is for the kids but Spooky Empire is more for me. Fine out why!

Jayden wants to go to Halloween extreme as a zombie but of course...a Minecraft Zombie so I have to get started on that. Tristan is going as a creeper because creepers are really scary and well creepy! Here's how the rest of the costume is coming along. 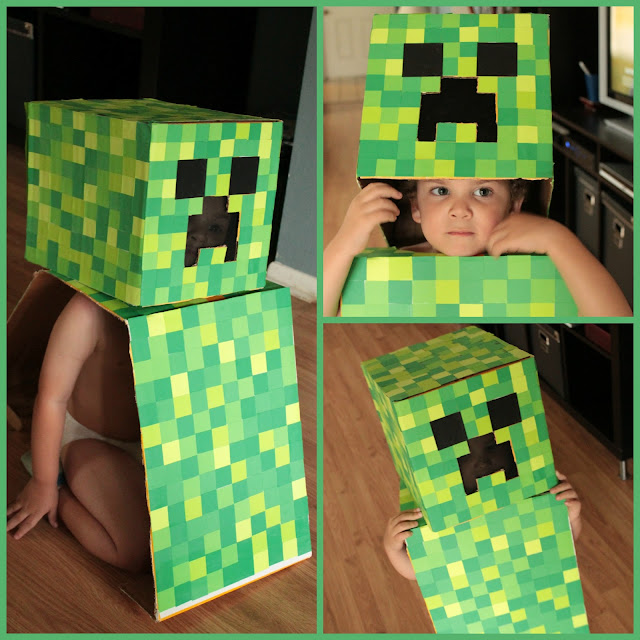 I had to cut off the side because there was no way he was going to be tied down like that for more than 10 seconds! I have gotten a lot faster at gluing down those little squares.

OCTOBER UPDATE:
So we didn't make it to Halloween Extreme nor Spooky Empire. I was sad. But I did finish the Zombie and the creeper.
Here's the rest. My mother-in-law found me a great box at BJ's for the creeper legs. I cut off each end and glues in to the bottom flaps of the body.
To keep the legs up I knew I needed some kind of L-brackets. I had a couple of Ikea anti-topple devices in our hardware kit. Don't judge me for not fastening my Ikea wardrobe and TV console to the wall!
I used liquid nails to attach each one to the middle of each leg. I reinforced them with duct tape and it worked perfectly! 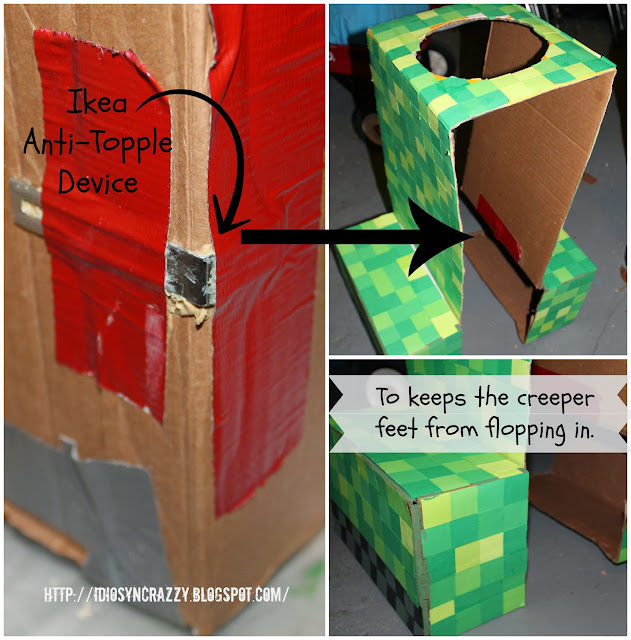 Our Community fall festival was this weekend. They had a costume contest which we didn't win.
WE WERE ROBBED! I had already prepared the boys. Before we left to the festival I told them that we will enter the contest for fun but it will be alright if we don't win. It's all about having a good time and showing off our costumes. They were very gracious losers. 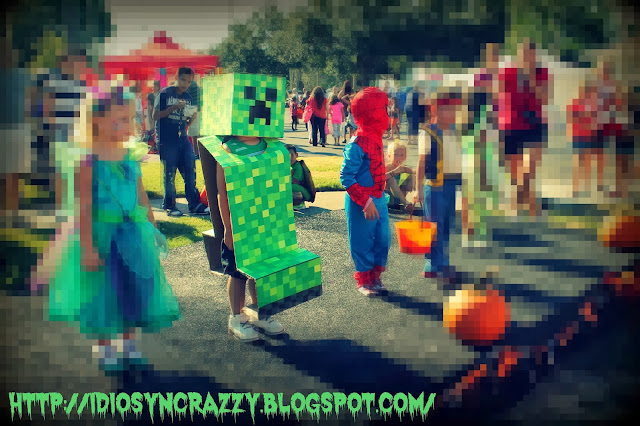 Up Next: Diamond Sword & Pickax

Posted by IDIOSYNCRAZY at 10:32 AM